Why You Should Use App Localization Software

If you've created an app, then you want it to be as useful and appealing as possible to as many people as possible. Often, however, the only way to accomplish these goals is by localizing the app. Localizing means making the app more specific to its target audience. When done well, the impacts can be great. Fortunately, it is also not difficult to do, at least not with the right app localization software on your side. Making use of this type of software can bring about powerful benefits in addition to making the localization process simple and straightforward.

Offer Your App In Different Languages

App localization can take many forms. However, one of the most common is making the app's language reflect the most commonly spoken language of each particular audience. Offering your app in various languages makes it more accessible to all people. It also shows that your organization values inclusiveness and is global-minded.

This can be helpful for reaching audiences outside of the app's country of origin. Furthermore, it also makes it simpler to allow language choices to any and all app users, no matter where they may be. Once you have the app and its content translated, it's easy to provide the content in the chosen language to anyone who might want or prefer it.

See A Spike In Downloads

When you localize an app, all of a sudden it has a greater chance of appealing to more people. And, more often than not, this leads to a large increase in downloads. This, in turn, often means more in-app purchases and more popularity for your app.

For best results, track app downloads both before and after localization. If you see a nice increase in customers, you'll know that what you're doing is working. If you don't, then you can make efforts to localize further. Typically, the more you localize your app, the better the results.

What is considered appropriate in one culture might be considered wildly offensive in another. App localization, however, ensures that your app is accommodating to all. Not only can this increase your users, but it can also bolster both your image and reputation. Local users will feel that your app is trustworthy and sensitive, while many others will appreciate that you take steps to make everyone feel comfortable.

Read in about 3 Minutes 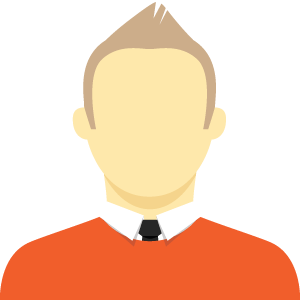 After struggling with my computer for days on end, I realized that I might not have the skills to take care of the issues. It was frustrating, but I was ready to either throw away my machine or completely reinstall the operating system. Fortunately, I decided to turn to a professional computer services business, and they helped me a ton. After analyzing my system, they figured out that a virus had swept through my system and disabled my files. They were able to use a previous backup of my system to restore my files, and it made a huge difference. This blog is all about the benefits of professional computer repair.